What is Video Email Marketing?

Just what is video email marketing?

Like the term implies, it it the use of video within an email used for marketing purposes.  Simple enough, right?   … well, maybe not.

Video in general is gaining strength as a valuable means of internet marketing, with the overall view rate increasing exponentially.

So what is video email marketing anyway, and why should we give it a second thought?

Let’s talk about this in general terms for just a minute first before we get into email.  How this tremendous growth and use of video play a role in the world of sales and marketing.

The numbers of users who watch online videos has increased by leaps and bounds – just look at the statistics below!

Video usage is HERE TO STAY.

In a fairly recent report from Invodo, Video Statistics: The Marketer’s Report 2014, they summarize all major “video data” released and collected from major sources such as eMarketer, MediaPost, Internet Retailer and MarketingProfs, along with their own research on video use. It is stunning what they have discovered.

Here are some of their points and statistics that I found the most compelling.

• 74% of all Internet traffic in 2017 will be video.
• Retention rate for visual information can reach 65% vs. 10% for text-based information
• Retailers cite 40% increases in purchases as a result of video.
• 51.9% of marketing professionals worldwide name video as the type of content with the best ROI

Think about it …  Nearly 3/4 of all traffic online will be in the form of a video.  Hey, if that doesn’t want to make you learn at least the basics of video production and distribution, I don’t know what will.
… along with the fact that it has already been shown to be the top method for ROI and marketing dollars – it’s been producing results!

When you see a “buyer” spending this much time watching a product video, it’s something to take serious note of if you want more sales and engagement.  Making sure your company gets into the game will produce increased revenue and extend your bottom line profits.

• B2B and B2C marketers worldwide name video as a top three most effective social media marketing tactic.
• Over 50% of 25-54 year olds share videos online.
• YouTube hit one billion monthly active users in March 2013.
• Between 2012 and 2013, video viewing on Facebook increased 93% on tablets and 47% on PCs and smartphones.

Everyone knows by now the command social media has.  From Facebook, Twitter, G+, YouTube and Pinterest to name a few of the biggest.  … and people Love to Share! especially if there is a graphic or video involved.  Just out of curiosity, next time you’re on one of these sites, search for the most popular.  My bet is it will be a Video!

• Video is the fastest-growing ad format, with spending rising 41.4% this year and 40% next year.
• Brands and agencies rank video as the most effective form of native advertising.

U.S. video advertising as a percentage of total online video consumption in March 2014, was 38.1 % of all videos viewed; up from 28.8 % in the July of the previous year.
(source: Statista)

These figures show how video advertising is taking hold quickly and demanding more and more of the ad dollar.

The global number of mobile users is projected to amount to 9,038 million worldwide in 2020.  As you can see, it’s definitely becoming a big numbers game – and numbers don’t lie!

And now onto the topic of Video Email 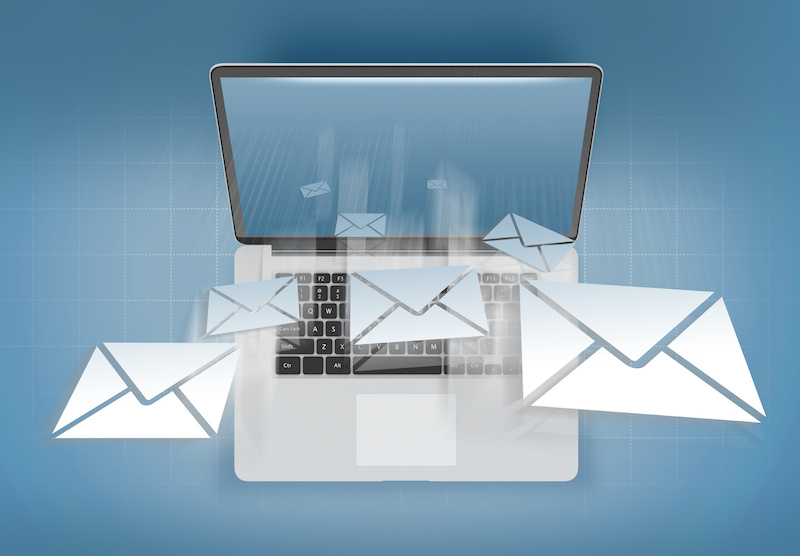 With approx. 93% of marketers using video for online marketing, sales, or communication, and 80% of marketers having plans to incorporate video into their email campaigns, you can see that video is not only growing, but it’s exploding, and I don’t think it will do anything but continue.

As you can see from the statistics video in email is a success, but exactly how to implement it remains the question.  Why?

… because until just recently, video could not be embedded into email successfully because not all email programs would work with embedded video – they would simply not show.

What most would do is to place an image of the video with a “play” button icon placed over it.  Users would click on the image and then be taken to a landing page where the video would play, usually set to “autoplay”  … this keeps it at a “one click” process.

Using standard HTML5, smartphones and in particular iOS supports video within the native email client (but not the auto play feature).

This is where the recent debate lies.  Now that some videos can be embedded into email, does that mean it’s actually something that should be done?  Let me elaborate just a bit.

Previously, an enticing video image was placed in an email, having the recipient click just once to be taken to an appropriate landing page where the video would be set to autoplay (avoiding yet another click), along with the sales information and CTA – so now they are exactly where you want them to be – with only one click.

If the video is now embedded in the email, the recipient will watch it there within the email, and there is no guarantee they will click again to see your product landing page.  This could happen because either they never completely made it thru the video and felt compelled to click again to get to your sales page, didn’t want to take the time, or were just lazy to go one more step – no landing page entry – no sale.

So as silly as it may seem, it is an issue marketers are contemplating.  If it were me, I would run a number of tests to see what gets the best results.  Currently, the jury is out.
So test, test, test!

I enjoy comments, so leave one below if you’ve got the time.
If you have a question I’ll try to answer as best I can.
Thanks

About the Author: Joanne

Thanks for stopping by!I've been online since the late 1980's. I remember my first computer was an Apple IIGS ... hahaha, those were the days!... now I help people to create a successful affiliate business of their own; allowing for more time freedom and financial security. There's nothing more rewarding than working for yourself!

By continuing to use the site, you agree to the use of cookies. more information